An already approved breast cancer drug could bring hope to thousands of UK women who have an aggressive form of breast cancer, new research has found.

Breast Cancer Now-funded researchers at The Institute of Cancer Research, London, have identified a specific defect in some triple negative breast cancers that is linked to poorer outcomes for patients, and a drug that could help to treat the disease.

The study suggests that the drug palbociclib, which is currently used to treat other breast cancers that have spread to a different part of the body (known as secondary or metastatic), has the potential to also be used to treat about a fifth of people living with triple negative breast cancer. This discovery could provide a much-needed targeted treatment for women who are more likely to see their cancer spread sooner, becoming incurable and often resistant to traditional chemotherapy.

Triple negative breast cancer refers to a diverse group of breast cancers that lack the three molecules which are normally used to classify the disease: the oestrogen receptor (ER), progesterone receptor (PR), and human epidermal growth factor receptor 2 (HER2).

Around 55,000 women are diagnosed with breast cancer in the UK every year, and around one in five of these (over 8,000 cases a year in the UK) will be triple negative. This type of breast cancer tends to be more aggressive and disproportionately affects younger women and black women. 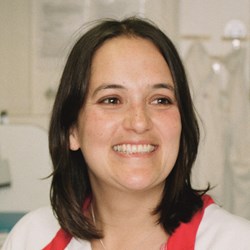 This new research, led by Dr Rachael Natrajan, at the Breast Cancer Now Toby Robins Research Centre at The Institute of Cancer Research (ICR) has discovered a way to identify triple negative breast tumours that could be more likely to respond to a class of drugs called CDK4/6 inhibitors, including palbociclib.

The team screened 200 of the most frequently altered genes in breast cancer to investigate how changes in these genes affect cancer’s ability to grow. Using ‘mini-tumours’ grown in the lab that mimic the tumour growth in a human body, researchers found that triple negative breast cancer cells with alterations that caused a decrease in the levels of a protein called CREBBP, could grow faster and more aggressively.

The team then used two large patient databases to further investigate what happens when CREBBP levels in the tumour are low, and found this to be linked to poorer survival rates for patients with triple negative breast cancer. Furthermore, low levels of this protein occur in a variety of other cancers including uterine, ovarian, and some lung and bladder cancers, suggesting it plays a vital role in tumour development or growth.

They found that when CREBBP levels are low, tumour cells switch to a different way of multiplying relying on proteins called CDK4 and CDK6. These proteins can be blocked with a group of drugs known as CDK4/6 inhibitors, which stops the cancer from growing.

Palbociclib is a CDK4/6 inhibitor that is currently used in the UK to treat some secondary (or metastatic) breast cancers. The researchers tested the effectiveness of palbociclib on cancer cells with CREBBP alterations in the lab and in mice. The drug was effective even when tested on standard chemotherapy-resistant triple negative breast cancer cells, that lacked CREBBP, donated by a patient.

Overall, this study shows that palbociclib successfully stops the growth of triple negative cancer cells when they have low CREBBP levels, suggesting that this could be a successful new treatment for this type of breast cancer.

While not all triple negative breast cancer tumours have low CREBBP levels, it is the case in about a fifth of patients. This means that measuring CREBBP protein levels in tumours could help to identify thousands of patients that could benefit from a treatment that is already approved for use in the UK.

“Our study shows what drives the growth of some triple negative breast cancers and suggests the exciting possibility that an already-approved breast cancer drug could be used to help women with this type of disease.

“Our findings were only possible because we used an innovative model, involving the growth of 3D ‘mini tumours’ in the lab, to more closely reflect how tumours develop in the body.”

“It’s hugely exciting that this research has uncovered a new possible use for palbociclib as a targeted treatment for some women living with triple negative breast cancer.

“Each year, around 8,000 UK women are diagnosed with this aggressive form of breast cancer and we desperately need new, effective ways to treat them and stop them dying from this devastating disease. We hope that if clinical trials confirm that palbociclib is beneficial for some of these women, it will be advanced through the approval process and made available for those who need it as quickly as possible.

“Despite this exciting discovery, Breast Cancer Now’s world-class research has been devastatingly affected by the COVID pandemic and we are now less able to fund new research that could transform the lives of people affected by breast cancer. This is why now, more than ever, we need your support so that we can continue to give hope for the future through our research.”

In a new study, scientists at the Breast Cancer Now Research Unit at King’s College London found that a significant proportion of highly aggressive triple negative tumours, including those that are resistant to chemotherapy, produce high levels of a protein called folate receptor alpha (FRα).

Triple negative breast cancer – which makes up around 15% of all breast cancers – is so-named for its lack of three key receptors that can be targeted with treatments in other forms of the disease. Treatment options for triple negative patients are therefore usually limited to surgery, as well as chemotherapy and radiotherapy, which can weaken patients’ immune systems.

In recent years, cancers such as melanoma and lymphoma have seen significant breakthroughs in immunotherapy, which involves reprogramming the immune system – the body’s major defence mechanism – to recognise and kill cancer cells. However, to date, immunotherapies that can benefit breast cancer patients have not seen the same success.

With triple negative breast cancers often being more aggressive as well as harder-to-treat than other types of the disease, survival outcomes are often poor for the 7,500 women diagnosed each year in the UK.

In the new study, a team of researchers led by Dr Sophia Karagiannis at King’s College London, first confirmed that FRα – a protein often produced at high levels in ovarian, lung, breast and other types of cancer – plays a crucial role in supporting growth and survival of triple negative breast tumours. The team proposed that FRα could be a suitable target for different antibody treatment approaches.

The team now hope to further develop these novel antibody approaches, with the aim of refining these new lines of attack, and advancing them into clinical trials for triple negative breast cancer patients.

The study is published in Clinical Cancer Research and was funded by leading research charity Breast Cancer Now.

“Having identified antibodies against this novel target that are able to restrict the growth of triple negative breast cancer cells in the laboratory, we are now concentrating on bringing forth a new generation of more effective antibody therapy approaches. Our ultimate aim is to translate the most promising of these to clinical testing in patients.”

“Through our combined strengths in breast cancer biology, cancer immunology, antibody engineering, and translation of targeted therapies at the Breast Cancer Now Unit at King’s, we are able to venture beyond existing conventional treatments, identify new targets on cancer cells and develop new agents for therapy never before examined in breast cancer. But it’s important to remember that this research is at an early stage and further work is needed in the laboratory before we know if these could develop into treatments for patients.”

“This is a really important discovery. We hope this new line of attack could now lead to a long-awaited targeted therapy for patients with aggressive ‘triple negative’ breast cancer – for whom treatments are currently very limited.

“With triple negative breast cancer still severely lacking in targeted treatments, it remains one of the greatest areas of unmet need in breast cancer. The King’s College London Unit is a world-leading centre dedicated to finding new and kinder therapies for this hard-to-treat type of breast cancer – and crucial steps like this are extremely promising.

“Priming the immune system to attack tumours is an exciting approach that is now beginning to show promise in breast cancer, and we now hope to see new antibody immunotherapies enter trials for triple negative patients soon.

“The more aggressive breast cancers are, the more likely they are to spread around the body, where they become incurable. It’s vital that we find new ways to stop breast cancer spreading if we are to achieve our ambition that by 2050, everyone who develops breast cancer will live – and live well.”